Categories Menu
Home » Learning » Which Side of Which Digitial Divide?

Which Side of Which Digitial Divide?

Once upon a time there was nothing to click,1 flick or swipe.

Then, for the fourth time in Western civilization, the cultural bedrock shifts, twists and shakes, creating tsunamis of change that wash over us as we strive to maintain our footing on a swaying hinge of history.2 Ubiquitous CPU’s, laptops and tablets flood into every nook and cranny of our lives. Very few, if any, of us are immune to their abundant blessings and considerable curses. The enormous surge creates canyons and chasms among us, with suspension bridges that sway above the void. As the surge continues to flow forward into this decade, the original digital divide continues to morph into new gorges of separation.

We definitely aren’t in Kansas anymore!

Made popular by US President Clinton in the mid-1990’s, the phrase “digital divide” originally described the growing chasm between those who didn’t have (or chose not to have) access to a personal computer and those who did. Those without access may have been held back by computer costs, by reluctance to embrace an unknown change, or by the intentional decision not to incorporate this emerging technology into their lives and into their children’s schooling. Schools without access provided their classrooms with chalk or dry-erase markers, black or white boards, overheads, truckloads of paper, pencils, duplicating machines and World Book’s latest yearbook. The Gestetner printed the school directory and newsletters, which were collated and stapled by office staff and volunteers. Homes without access visited the local library for reference and fiction, wrote letters in cursive, and used Canada Post.

Did you dare to traverse the swaying suspension bridge of access? If you found yourself on this side of the digital canyon during the mid 90’s, do you remember the first computer you purchased? A Commodore 64? A Microsoft PC? With those computers came the fabulous 5 ¼ inch floppy discs, the joys of trying to install software, and the wonders of dial-up, which allowed you to enjoy supper around the dining room table with your family while an insignificantly small file ever so slowly downloaded to your “massive” hard drive and was finally accessible after you had done the dishes. Then perhaps a little Pong, Pac-Man or Donkey Kong to while away the remaining evening hours. 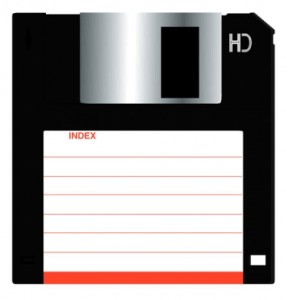 There was definitely a feeling of knowing you were a “have”, not a “have-not”. You were embracing the inevitable cultural change that Microsoft and Apple were creating. With smug flourish, you relentlessly foisted the advantages of your latest computer conquest upon your “have-not” friends, family, colleagues, and students. Perhaps it was with more subdued relish than that, but still, you were eager to be part of a brave new world, “boldly going where no ….” As you made the shift from 5 ¼” to 3 ½” floppies, you could feel yourself moving at warp speed away from pre-computer people.

By the middle of the last decade, computer and internet access grew exponentially. The CPU and the bulky, TV lookalike monitor were becoming ubiquitous, not only in homes, but also in schools. Before this century, who would have envisioned schools needing square footage for banks of computers, investing in servers and stringing kilometers of network cable? This growth created a new divide, not one of accessibility, but one of literacy. Whether at home or at school, there were those who soon realized that the shiny, humming metal gadgets and gismos required the need for a new language, a new literacy.

Digital fluency was required. But fluency took commitment; its antecedents were a willingness to learn and a productivity dip. So some settled on a very limited computer repertoire: using a word processing program only at its very basic level, just receiving and replying to emails, and hesitantly entering the WWW. Step-by-step instructions on how to access and navigate within these few programs were painstakingly written on paper for constant reference. When the reluctant decision was made once again to venture into the digital unknown, the fear of hitting the wrong button, the frustration of getting lost within the maze of web pages, or the shock of inappropriate pop-ups quickly sent them scrambling back to the world of newspapers, paperbacks and rotary phones. There was no joy in being a digital immigrant. Learning the language was too hard!

But a wave of immigration moved beyond the shoreline basics of the new digital world and ventured into its unknown wilderness, eager to explore its dangers, opportunities, culture and language. Some of those pioneers seemed to have no difficulty with the language; it came to them intuitively. Others were tenacious, willing to suffer the initial frustrations of entering a new culture, shedding their accent with stubborn resolve, and continually enlarging their new vocabulary.

This new world provided them with programs far beyond email, MS Works, and the WWW. These settlers mastered page layout programs, the creation and use of databases, digital spreadsheets, accounting programs, PowerPoint, Paint, desktop operating systems, and even hypertext markup language for websites, just to name a few. Then they mastered the program upgrades and new programs, all the while incrementally embedding a digital literacy within their language repertoire. They became “the literati in a world where literacy has become ‘digiteracy.’ ”3

Now a new gorge has yawned—“a social media-participation divide.”4   Today, many parents and teachers have slowly and steadily increased their computer competencies and strengthened their growing digital literacy with the hope that they would be almost current. Yet, even with their learning curve, they remain in a Web 1.0 world, a Learning 1.0 world. Their computer and internet use is limited to a personal and individualistic foray into a mushrooming digital world that seemingly provides apps for every facet of life. They selectively navigate in this world for their own personal purposes. They are somewhat comfortable with PayPal mediating transactions, with their use of online banking, or connecting their classroom CPU to ceiling-fixed video projector. Their faraway grandchildren necessitate knowing Skype. 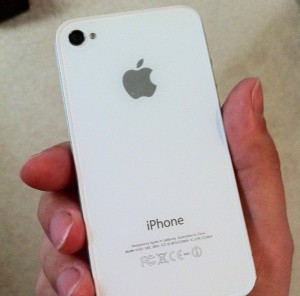 Yet, computers and the internet are only necessary accessories, only add-ons to their living, learning, playing, socializing, and working in the real world.

On which side of which digital divide are you?

Given the three distinct sides that have formed in the past two decades, where would you say you mostly live – completely outside the digital world? Where your computer is  a neccesary accessory and your digital fluency continues to improve? Within the social media cloud, highly conversant in digiteracy and purchasing “real estate” in cyber suburbia?

Periodically, some may go back across the bridges to enter cyber-rest – a time and place where no pixels and passwords can clamor for their attention, a time to be still and know God in deeper intimacy, a time to delight in the non-digital world of dirt, dahlias, and face-to-face discussions. Others may develop habits of digital balance, restricting themselves to limited living in the cyber world. Some may traverse carefully back and forth with fluidity, unsure of how to come to terms with their nagging questions about where this expanding and imposing digital culture is taking them.

Yet … This latest social-media-participation divide may be of more significance than we realize, for it may have deep ramifications for Christian education – as parents, as teachers and as students. The current divide forces us to wrestle with some questions:

1. What are the limits and benefits to Christian education if parents, teachers, or students live completely outside the digital world?6 Live with their computers as necessary accessories? Live mostly within the social media cloud?

2. If Christian education exists to help our students to explore and experience what it means to be disciples of the Lord Jesus Christ, what cyber explorations and digital experiences should be offered to nurture discipleship growth?

3. To what extent should we be recognizing digital technology and social-media-participation in the cloud as enablers towards a richer educational pedagogy?

4. “Do kids need Google? Can kids learn math better from a teacher than an iPad? What good is an education if a child can’t learn how to use a physical dictionary? … The answer to these questions is no. Kids do not need Google, a great math teacher is much better than an iPad app, and it’s important that kids know what a book is… Let’s rephrase the question: Am I doing my child [or my students] a service or disservice by not allowing a component of their education to include computers, technology and connectivity? … So, while some may think it’s important to keep technology away from our kids for as long as possible, I’m open to arguments that it’s not an all-or nothing proposition.”7

5. Cognizant of the side in which you mostly live, what are the shortcomings but also the insights that you inherently bring to the conversation about any of the above questions?