Thanks to the tireless work of staff and many volunteers, and the prayers of many others, Valley Christian School’s dream of moving into their own building became a reality on March 13, 2014 as the first classes transferred over by bus. It was a long anticipated and joyful event. 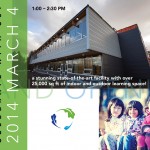 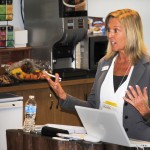 Representing sixteen SCSBC schools and eighteen non-member schools, as well staff from the Prairie Centre for Christian Education and the Ontario Alliance of Christian Schools, over seventy-five registrants and presenters gathered at Cedar Springs Christian Retreat Centre. In this photo, Cathy Kits talks about the importance of having a Development Plan. 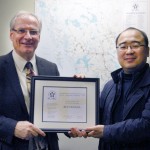 On January 16, 2014, Dr. Jung-ki Seo received the SCSBC Affiliate Member certificate on behalf of BIS Canada, a BC offshore school in Korea. BIS Canada is the only British Columbia Offshore School in South Korea certified to offer the full BC program from Grade 1 through to graduation. Larry Simpson and Adam Reid serve there as principal and vice principal.

As part of their ongoing professional development, Cedars Christian School staff attended this seminar led by Bill de Jager, SCSBC Director of Learning. In this photo they are exploring current best-practices regarding formative and summative assessment.