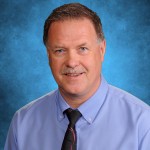 The SCSBC Board is pleased to announce Ed Noot’s appointment and looks forward to his leadership in continuing to develop the mission and vision of this organization. Ed is passionate about Christian education and believes in the importance of helping students see Christ as pre-eminent and in all (Col. 1: 15-20). He believes Christian education is critical to building discernment in students and in helping them find their place in God’s kingdom. He is recognized as a visionary and experienced leader with gifts in the areas of collaboration, leadership development, networking, communication and team building. Ed will assume his official duties as SCSBC’s Executive Director on August 1, 2014. Our current Executive Dtirector, Henry Contant, will continue to serve in a transitioning consultant role for the 2014-15 school year.

Ed comes to SCSBC with 28 years of experience as a teacher and administrator in BC Lower Mainland Christian schools. He has a BA in Philosophy from Calvin College (1984) along with a Masters in Educational Leadership from UBC (2004). Ed was selected to participate as a Fellow in the Van Lunen Center for Executive Management in Christian Schools in 2010. Since 1997, he has been involved with the Ministry of Education serving on school inspection teams and now functions as a team chairperson. As well, he is an SCSBC representative on the FISA (Federation of Independent School Associations) Board and is one of the FISA officers.