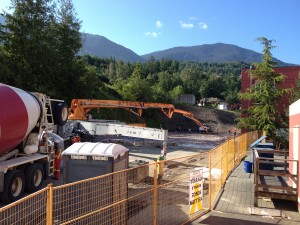 Unity is in the midst of a building expansion. A new elementary classroom wing to the east side of the current building will include preschool and kindergarten rooms, classrooms for Grades 1 to 5, a spare classroom, teacher work area and staff room and an elementary gymnasium. The west side of the current building sees the addition of eight classrooms – the four main floor classrooms will form the middle school wing for Grades 6 to 8, while the four upstairs classrooms will give high school students much needed classroom space. An additional self-contained, 3000-square-foot shop building will be located on the eastern edge of the parking lot and will contain two shop areas with a suspended mezzanine classroom. Move-in is planned for spring 2013! 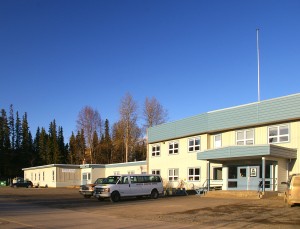 Houston Christian School recently celebrated its 50th Anniversary with a week of special activities, culminating with a 50th Anniversary banquet.  Board Chair Keith Jaarsma writes, “What a wonderful weekend of celebration of the HCS 50th anniversary. God’s faithfulness over the last 50 years is clearly evident. The weekend events were filled with warmth, fellowship, laughter and above all were Christ centered.”

Rainbow Christian School in Vanderhoof has made the difficult decision to close their elementary school, due in large part to declining enrollments and growing deficit budgets. Although this was sad for the Christian community that has supported the school for 33 years, the encouraging news is that many RCS families and some RCS teachers will find a home in our other SCSBC school in Vanderhoof, Northside Christian School.  Northside is adding kindergarten, a program previously offered by RCS.

At King’s Christian School in Salmon Arm, Jeff is moving into the role of principal after serving as assistant principal here for the past three years.

Karl is presently on staff at Powell River Christian School, and is taking over as principal from Matt Duggan, whose request to return to part-time teaching at the school has been granted by the PRCS board.

Richmond Christian School’s secondary campus sees Jason, formerly the assistant principal, take over from the previous principal Bob White, who retired at the end of the school year.