Reflections from the Community upon the Retirement of Henry Contant 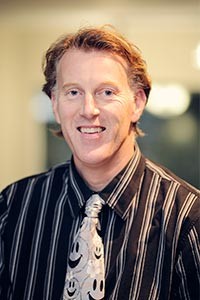 David Loewen is the Superintendent of Surrey Christian School

by Dave Loewen on Henry and mentorship ◊

I am so thankful for this chance to reflect on how Henry has deeply influenced me in my work in Christian education. My story with Henry is, I think, rather unique, for in sharing how Henry has influenced me, I need to share my story because, quite simply, Henry has been there every step of the way.
My relationship with Henry goes back to being hired by him as a rookie teacher. I know Henry took a risk in hiring me, an especially brave one considering his own daughter was in that very first class at Abbotsford Christian School. Right from that first year at ACS Henry has been an instrumental figure in my life. I was encouraged by him to take initiative, to lead in the area of athletics and curriculum development, and to work hard to explore making Christian education come alive for myself and my students. I think one of the most impressive lessons I learned from Henry very early on was not to be threatened by other peoples’ competence. Henry stated and lived the idea that the stronger the people are around you, the stronger you become in your role.

As a very young teacher, I was encouraged by Henry to go into a formal leadership position. My confidence to do so was directly connected to his confidence in me. This became especially true when I realized making mistakes was par for the course and even essential if I viewed those mistakes as opportunities for learning. When I became an elementary principal at Abbotsford Christian School, it was in large part due to Henry’s encouragement and that encouragement continued, at times mixed with good challenge.

After serving at Abbotsford Christian School for thirteen years, my decision to change schools was again made in consultation with Henry. In my time as principal at White Rock Christian Academy, I leaned on Henry often. In those years, Henry provided practical advice, some strong disagreement and always, always, support and encouragement. This felt like a new stage in my relationship with Henry, one where I realized I could disagree openly with him, bounce tough questions off him and yet always count on him to have my best interests and the best interests of my school at heart.

In exploring my next school transition to the role of superintendent, Henry was the first person I chose to listen to. He asked good questions and gave good advice. Mixed into Henry’s exceptionally strong work ethic, his passion for Christian education, and his crazy busy schedule, he maintains a soft heart full of compassion and loyalty.

In my 22 year journey in Christian education, Henry has been a central figure. In that journey, Henry has cemented himself in my life as someone I can go to for wise council, someone who I draw inspiration from, someone who models servant leadership, someone who is clearly owned by Jesus, and someone who above all else is a true friend. 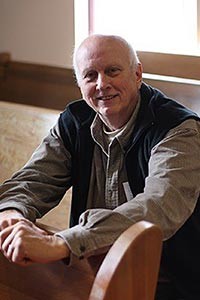 by Lee Hollaar on Henry and organization  ◊

I always thought my friend was disorganized, but after helping her move, I stand corrected. The label on a box I carried read, “Stuff off the floor.”

I have been asked to make some comment regarding the organizational ability of one Henry Contant. And that is easy to do inasmuch as Henry is the consummate organizer. The story about moving is antithetical to everything Henry. Having said that, I am in no way detracting from his ability to lead the SCSBC. Recognized writers on leadership, according to one of Henry’s often cited sources, John Maxwell, says, “Leadership is influencing people to go in a particular direction, while management [organizational ability] focuses on maintaining systems and processes.”

Henry certainly is celebrated as a leader. An effective leader always finds a way to make things happen. A good leader makes good, purposeful things happen, always keeping the mission of the organization in focus. This certainly involves establishing and strengthening procedures and structures. And sometimes it involves discerningly reminding people of the real mission. It can be as Stephen Covey, another of Henry’s favourite writers, puts it, “A leader is the one who climbs the tallest tree, surveys the entire situation, and yells, ‘Wrong jungle!’”

Whether it was workshops, conferences, or campaigns, Henry put his shoulder to the wheel and was always well prepared including involving the team around him to assure that all were on the common page. His organizational ability was obvious. And what is ability? It is being able to or having the capacity to do something (well). Henry’s cup runneth over in regards to organizational ability.

Now even more specifically, any recognition of his work must include time management, as one of his particular skills. Time management is essential in achieving one’s goals and getting one’s work done. With time management comes organizing, planning, and prioritizing. Prioritizing work is not that easy. One has to identify which things need to be done first. It is a crucial process, but once one gets used to it, organizing and planning will be less difficult. If one knows how to effectively organize and prioritize one’s work, it obviously contributes to a likelihood of being more efficient and productive. This aptitude and skill, combined with a sense of vision, models good leadership. A good example of this is Henry’s commitment to surrounding himself with gifted people and using their gifts. A good team is essential. According to Lou Holtz, “You got to have great athletes to win, I don’t care who the coach is. You can’t win without good athletes, but you can lose with them. This is where coaching makes the difference.” 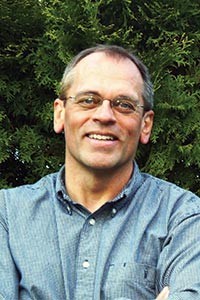 by Eric Van Egmond on Henry and board governance ◊

In 1999, I had the privilege of sitting at the same board table as Henry Contant at Abbotsford Christian School. It was Henry’s last year with ACS prior to moving full time into a new position as development coordinator with SCSBC, and it was my first year as a board member of a Christian school. Little did we know then that our paths would cross in the future on several levels, and most significantly over a decade later when we would worked closely together and in partnership as the SCSBC board chair and the SCSBC executive director.

As an SCSBC board member and later on as the SCSBC board chair, I worked closely with Henry and can attest to his relentless commitment to Christian education, and his incredible work ethic of living out SCSBC’s mission of “strengthening Christian schools through service, community, advocacy and vision.”

A primary focus for Henry in regards to strengthening Christian schools was his focus on school leadership, particularly school governance. Henry is keenly aware that a strong, vibrant and growing Christian school that remained committed to its mission stems primarily from proper governance implemented by a committed and wise board. Henry encouraged good governance through a variety of strategies, including ensuring that this was a primary focus at SCSBC’s annual leadership conference that included workshops to equip new board members and experienced board members alike. At these workshops, Henry encouraged board members to remain focused on the big picture and continually reminded them that they are “keepers of the mission” of our schools. He also strongly encouraged boards to maintain a visionary focus, and wisely use board meetings to cast a vision for their school and develop strategic plans to accomplish a board’s vision. He cautioned boards away from being bogged down by the administrative details of the day-to-day operations. Henry promoted these concepts both at the leadership conference and through dozens of written articles in The Link.

Another way Henry encouraged good governance was to maintain regular contact with all school boards. He worked hard to develop relationships with board chairs, and would jump at a board’s invitation for him to attend a local Christian school board meeting. Henry embarked on many a road trip throughout the province in order to touch base with all the boards within the SCSBC community as often as he could. Henry knew that the key to a growing Christian education movement in our province was good governance at the local level from a board that had the proper focus. He did all he could to encourage that.

I want to thank our Lord and Saviour for calling His servant, Henry Contant, and raising up this servant through a variety of roles in Christian education, so that he would have a profound impact on Christian education in British Columbia, particularly since 2003 as the SCSBC executive director. Well done faithful servant.

Congratulations on your retirement Henry.