To facilitate training for the implementation of the new BC Education Plan, Building Student Success, the Ministry of Education has provided a grant for the use of FISA-BC member groups. Our Directors of Learning have been busy offering professional development around the province for teachers of SCSBC schools as well as other local FISA-BC schools. These full-day workshops are designed to help develop a deep understanding of the foundations of the BC Ed Plan with the goal of equipping teachers with tools they can use to plan and implement assessment and reporting strategies that align with this new paradigm. 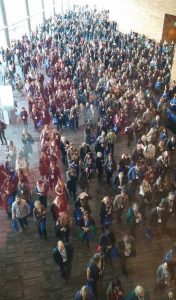 Over five thousand BC independent school educators came together at the Vancouver Trade and Convention Centre in February to celebrate the 50th anniversary of the founding of the Federation of Independent School Associations in BC. Since its inception in 1966, FISA BC has been a strong advocate for parents in their right to choose the kind of education they want for their children. The convention tagline, Learning Together; Leading Forward, captures the vision of 293 schools coming together to celebrate fifty years of unity and freedom of choice in education. Seeking to strengthen the understanding and co-operation between diverse independent schools while respecting each school authority’s right
to operate according to its own philosophical, pedagogical and faith perspective, FISA BC has promoted common purposes and the rightful place and responsibility of independent schools in British Columbia, and has played an essential role in achieving funding for independent education in the province.
Videos from the conference are posted on the FISA BC Convention YouTube channel. 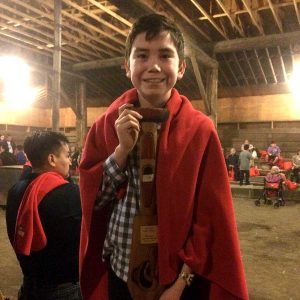 Duncan Christian School’s principal, Jeremy Tinsley, and high school teacher, Bethany Ellis, were privileged to attend the Cowichan Tribes adoption ceremony at the Somena Longhouse on March 31. In all, fourteen children were adopted, six into two DCS families and the rest into four other families. During the extremely moving ceremony, each of the six families received their blanketed children into their arms. Then, as part of the ceremony, the parents and children were asked to present the blanket to someone. Bethany and Jeremy were touched to receive the gift of adoption ceremony blankets, one from each of the two DCS families. 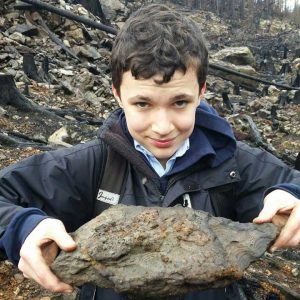 Valley Christian School held their Creation Calls Conference from February 17 to 19. Thomas Bailey from Creation Ministries International in Ontario spoke on Dinosaurs, the Flood, and Who Was There? In addition, each day included worship time, take-home materials and a variety of afternoon field trips, each guided by a creation speaker / teacher who highlighted evidence of creation at different locations around the Lower Mainland. Other schools, homeschool families, pastors and community members joined in on two of the three days.